Though the test article was successfully launched from a Boeing B-52 bomber near Point Mugu, California, the vehicle developed a fault after only 16s of flight-- before the X-51A separated from its rocket booster. When the X51A did separate from the booster rocket 15s later, the USAF says it could not maintain control of the vehicle due to a faulty control fin. 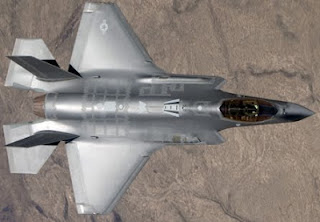 The first Lockheed Martin F-35 Joint Strike Fighter built for the Royal Netherlands Air Force (RNLAF) has been spotted flying near the company's plant in Fort Worth, Texas.

The aircraft, marked F-001, first flew on 6 August and has flown several company check flights subsequently. Known internally as AN-1, it flew again on 10 August and 13 August, indicating an imminent delivery.

However, Lockheed is not able to comment on the matter and referred all inquiries to the Dutch Ministry of Defence. The Netherlands government did not respond to inquiries 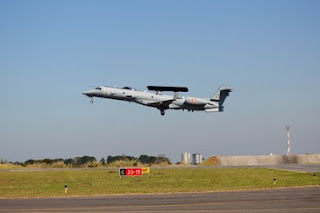 The aircraft has undergone ground and flight tests, meeting targets set by Embraer and the Centre for Airborne Systems unit of India's Defence Research and Development Organisation (DRDO).

Following the integration of DRDO mission systems, the aircraft will subsequently be handed over to the Indian air force. India ordered the three aircraft under a $208 million deal in 2008.
read more
Publicado por Miragec14 No comments: