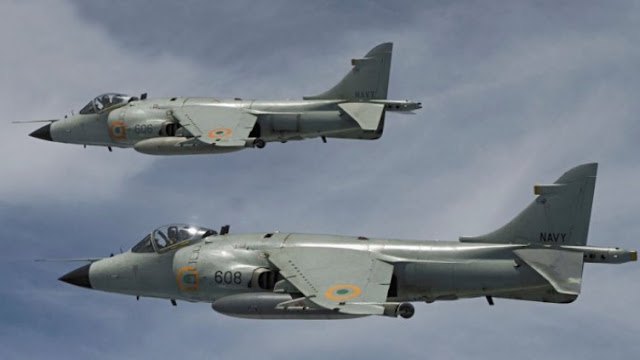 The Indian Navy (IN) has retired its fleet of Sea Harriers. A flight of six single-seat Sea Harrier FRS Mk 51s was officially 'disembarked' from INS Viraat , the IN's 57-year-old, 23,900-tonne Centaur-class aircraft carrier, on 6 March, prior to the Sea Harriers being officially retired from service on 22 March.
The most recent figures available put the IN's Sea Harrier strength at 10 or 11, with two of these two-seat.
IN officials told IHS Jane's that keeping the Sea Harriers operational for an air-defence role and/or training purposes would have been "logistically problematic and hugely expensive".
"Even readying ... six Harriers to participate in the IN's International fleet Review [IFR] in February in Visakhapatnam by cannibalising five other platforms was a major feat," said a senior naval officer. He added that keeping them functioning for longer would be impossible.
The surviving aircraft will probably be mothballed at INS Hansa, the navy's shore-based facility at Dabolim in Goa, before being dispatched to various naval stations around the country to serve as exhibits.
The IN originally acquired a total of 30 Harriers as the air arm of Viraat (ex-HMS Hermes ). But over the years 15 of them crashed, killing eight pilots. The last Harrier fatality occurred in August 2009 in the Arabian Sea off the Goa coast.
In 2008-09 India's state-owned Hindustan Aeronautics Ltd (HAL) partially upgraded the Harriers by replacing their Sea Fox radars with Israeli ELTA EL/M-2032 multimode fire control radars and arming them with Rafael Derby beyond-visual-range air-to-air missiles.
janes
Publicado por Miragec14 No comments:

Plagued by problems, F-35 nowhere near ready to fly 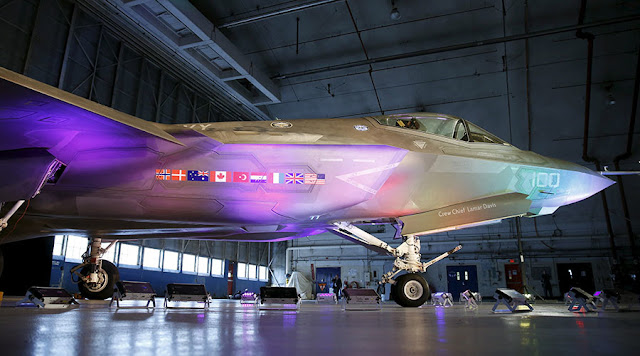 The F-35 is the Pentagon’s great stealth hope for the future of air combat. With the most recent software failures, however, US officials are voicing concerns about the program, which is estimated to cost $1 trillion over its lifetime.
The fighter jet “remains immature and provides limited combat capability,” Michael Gilmore, the Pentagon’s director of operational test and evaluation, told the House Armed Services Committee on Wednesday, adding that the F-35 has “many unresolved significant deficiencies.”
Gilmore reported that the F-35’s latest operating system has 931 open documented deficiencies, 158 of which are Category 1 – classified as those that could cause death, severe injury, or severe illness. He called the current testing and deployment schedule “unrealistic” and estimated that the software won’t be ready before late 2018.
Of particular concern is the fighter’s onboard computer, known as the Autonomic Logistics Information System (ALIS). When the latest version of the software was delivered for testing last month, “it was so unstable that productive flight testing could not be accomplished,” Gilmore testified.
Three out of five F-35s currently considered operational have been grounded due to software problems. There are mechanical problems too – notably, the ejector seat that may kill pilots weighing less than 136 pounds (62 kg) and has “serious problems” with those weighing over 165 pounds (75 kg). For pilots weighing anywhere in between, about a quarter of all aviators, the evaluators estimated a 23 percent probability of death during ejection, and a 100-percent probability of neck injury.
Air Force Lieutenant-General Christopher Bogdan, the leading officer on the F-35 program, defended the troubled jet, arguing that developmental testing was “progressing steadily.” He gave the odds of pilots suffering a neck injury at 1 in 200,000.
rt.com
Publicado por Miragec14 No comments: 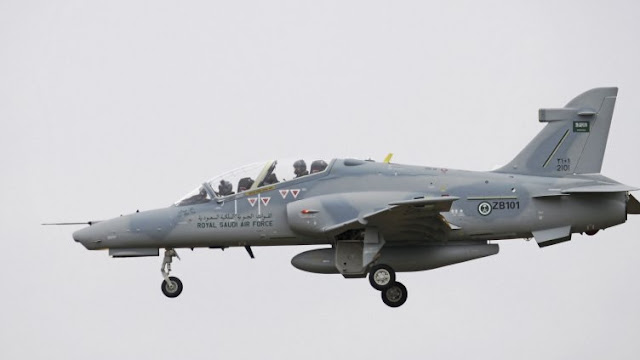 Pre-delivery trials of the first of 44 BAE Systems Hawk Mk 165 Advanced Jet Trainer (AJT) aircraft for Saudi Arabia are progressing ahead of the start of deliveries in the coming weeks, as shown by an image of aircraft 2101 flying in national livery.
A photograph taken at BAE Systems' Warton facility in the north of England on 23 March shows the aircraft (serial ZB101 while in the UK) performing the final phases of flights trials in the standard colours and markings of the Royal Saudi Air Force (RSAF), having previously only been seen in factory primer. The second aircraft, 2102 (ZB102), also flew.
The aircraft is the first of an initial batch of 22 Hawk AJTs that the RSAF ordered in 2012 to replace the Hawk Mk 65 and Mk 65A platforms currently in service. An order for a further 22 aircraft was first reported in February after it appeared in BAE Systems' preliminary annual report for 2015.
The Hawk AJTs are being acquired because their 'glass' cockpits more closely resemble those of the Eurofighter Typhoon and Boeing F-15SA Eagles onto which the RSAF's student pilots will transition. Its acquisition is part of a wider revamp of the service's pilot training capabilities, which includes 55 new Pilatus PC-21s and 25 Cirrus SR22 primary training aircraft.
janes
Publicado por Miragec14 No comments: 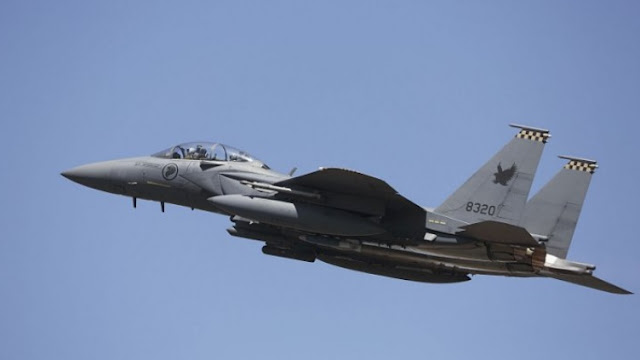 The Republic of Singapore Air Force (RSAF) has formed a second locally based squadron to operate the Boeing F-15SG Eagle multi-role fighter, adding further credence to earlier reports that it has more such aircraft than previously reported.
A Singapore-based F-15SG was seen carrying the markings of 142 'Gryphon' Squadron on its tail during a commemorative formation flight for Singapore's outgoing chief of the air force, while a photo taken at the multinational Exercise 'Cope Tiger' in Thailand and released by Singapore's Ministry of Defence (MINDEF) showed RSAF F-15SG pilots wearing the squadron's insignia on their flight suits.
The squadron, a former A-4 Skyhawk unit that had been deactivated in 2005 with the ending of Singapore-based Skyhawk operations, was stood up in early March.
The formation of the RSAF's second locally based F-15SG squadron follows the reported retirement of Singapore's last Northrop F-5S/T Tiger II interceptors after 36 years of operations with the RSAF..
The RSAF's F-15SGs had been split between 149 'Shikra' Squadron, based at Paya Lebar in Singapore, and the 428th Fighter Squadron (FS), based at Mountain Home Air Force Base, Idaho. The 428th FS is a joint USAF-RSAF squadron that provides continuation training for RSAF F-15SG pilots under the Peace Carvin V programme.
Singapore is confirmed to be operating at least 32 F-15SGs, with 20 aircraft currently in Singapore and the remaining 12 at Mountain Home AFB. However, in August 2014 eight F-15SGs appeared on the US Federal Aviation Authority (FAA) civilian register, leading to speculation that Singapore has ordered eight more aircraft to give a total of 40.
The reason for the eight F-15SGs being on the FAA's civilian register is unknown.
janes
Publicado por Miragec14 No comments: 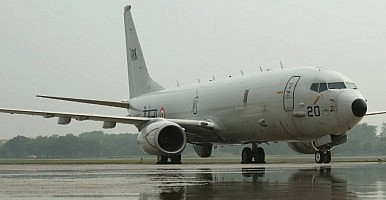 The Indian Navy has dispatched the P-8I Neptune, to Seychelles for aerial surveillance of the island nation’s Exclusive Economic Zone (EEZ) for the firs time.
The aircraft has been deployed since March 20 to conduct surveillance flights until March 23.
thediplomat
Publicado por Miragec14 No comments: