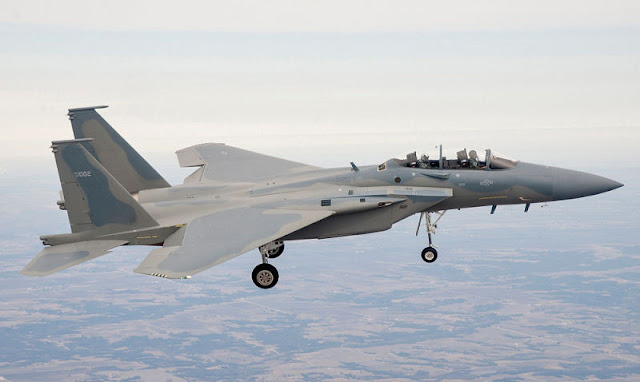 Qatar has signed a deal for 36 Boeing F-15QA fighter aircraft.
The deal is reportedly worth $12 billion, according to media reports quoting official Qatari sources.
The deal was finalised in Washington DC by Qatari defence minister Khalid Al Attiyah and US defence secretary Jim Mattis.
Attiyah says the deal reflects increased Qatari and US collaboration in the fight against terrorism. The aircraft will also increase interoperability between US and Qatari forces.
“We thank the Qatari and U.S. governments for moving forward with the F-15 agreement," says Boeing. "We are very grateful for their continued confidence in Boeing.”
In November 2016, the US Defense Security Cooperation Agency (DSCA) expressed optimism that the deal would go through. The original number, however, was for 72 F-15QAs.
The F-15QA is an advanced variant of the two-seat F-15E Strike Eagle. Equipped with an active electronically scanned array (AESA) radar, it is effective in both air-to-air and air-to-ground missions.
Qatar operates 12 Dassault Mirage 2000 aircraft with an average age of 19.1 years. It also has orders for 24 Rafale fighters.
flightglobal
Publicado por Miragec14 No comments: 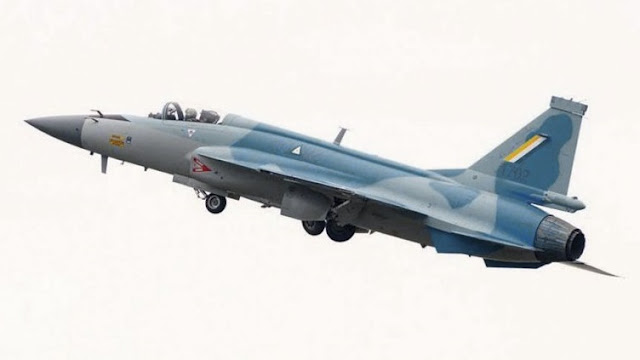 Images have emerged on Chinese online forums showing what appears to be one of the first Pakistan Aeronautical Complex/Chengdu Aircraft Industry Corporation (PAC/CAC) JF-17 Thunder/FC-1 Xiaolong multirole combat aircraft on order for the Myanmar Air Force (MAF) conducting test flights in China.
Released around 13 June the images show a single-seat JF-17/FC-1 with the standard camouflage and tail insignia of the MAF being flight-tested at what appears to be CAC's airfield in Chengdu.
janes
Publicado por Miragec14 No comments: 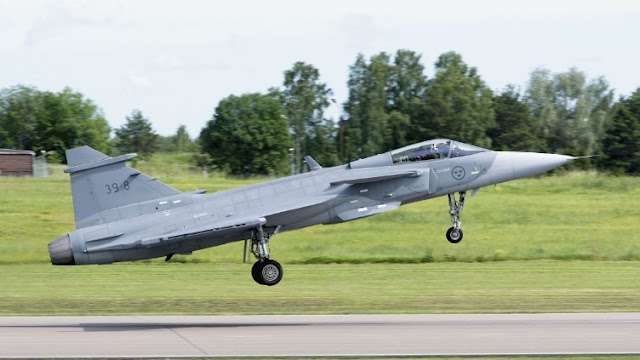 The Saab Gripen E combat aircraft made its maiden flight from the company's Linköping production facility on 15 June.
The flight lasted for 40 minutes, during which the pilot "carried out a number of actions to demonstrate various test criteria including the retracting and extending of the landing gear," Saab said, adding that the aircraft performed as expected.
This milestone was slightly delayed from the original date of late 2016, as the company decided to finalise all of the software development ahead of commencing the flight trials process to reduce risk to the programme.
With 39-8 being used mainly for airframe and general flight control tests, a second prototype (39-9) will be used as a tactical systems testbed, while the third and final single-seat prototype (39-10) will fly as a production-standard airframe. The twin-seat Gripen NG demonstrator (39-7) that provided much of the risk mitigation for the Gripen E will continue to serve as a general test platform throughout the flight trials effort.
As previously highlighted by Saab, the Gripen E's enhancements over the earlier C/D models can be categorised in terms of survivability, sensors, general systems, payload, communications, performance, range, avionics, and human-machine interface/sensor fusion.
Sweden is due to receive the first of 60 Gripen Es (perhaps rising to 70, depending on a governmental decision that is to come) in 2019, with deliveries running through to 2026. In anticipation, the Swedish Air Force (SwAF) has already begun developing the tactics, techniques, and procedures (TTPs) that it will employ for the type.
Speaking to reporters at the home of the service's Operational Test and Evaluation (OT&E) squadron at Malmen Airbase in southern Sweden, Major Johan Jeppsson, director of operations for the unit, said in late May that, "We see what new tactics might be needed, and we then introduce those to the operational squadrons.
janes
Publicado por Miragec14 No comments: