Wedgetail No Longer A Project Of Concern For Australia

Australia has removed the Wedgetail Boeing 737-based airborne early warning and control (AEW&C) program from its Projects of Concern list following delivery of all six aircraft and achievement in November of initial operational capability (IOC). 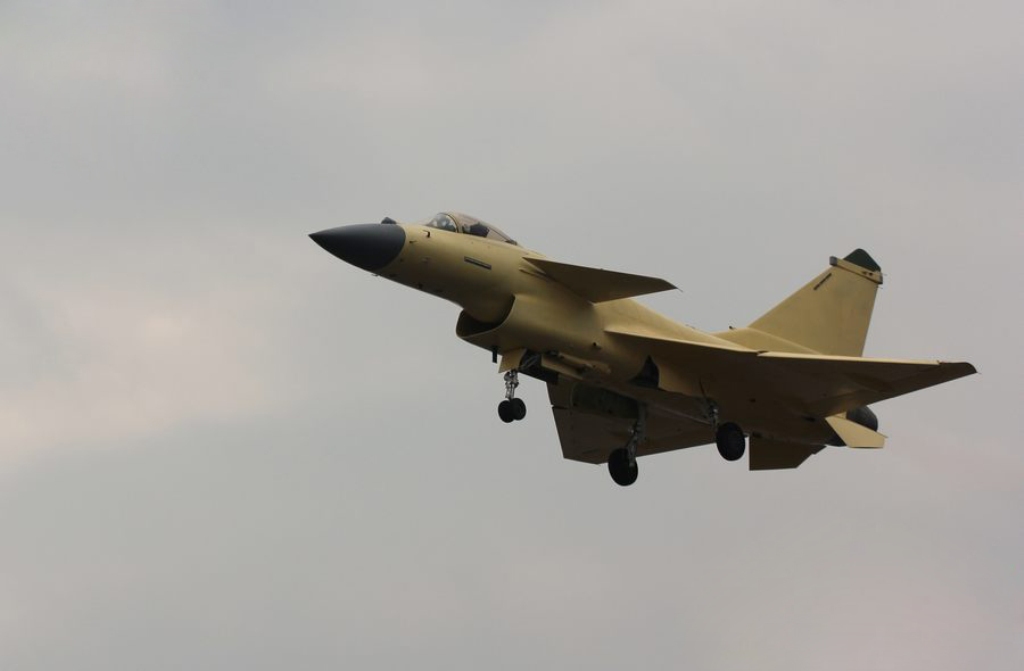 US Navy moves to purchase up to 72 Boeing P-8s

The US Navy has initiated a process that could lead to placing a five-year order for up to 72 Boeing P-8A Poseidon, if the Department of Defense and Congress grants a multi-year procurement (MYP) authority.
flightglobal
Publicado por Miragec14 No comments: The U.S. military has begun a staged, five-year process that will see each of its three main stealth warplane types deployed to bases near China. When the deployments are complete in 2017, Air Force F-22s and B-2s and Marine Corps F-35s could all be within striking range of America’s biggest economic rival at the same time. With Beijing now testing its own radar-evading jet fighters — two different models, to be exact — the clock is counting down to a stealth warplane showdown over the Western Pacific. 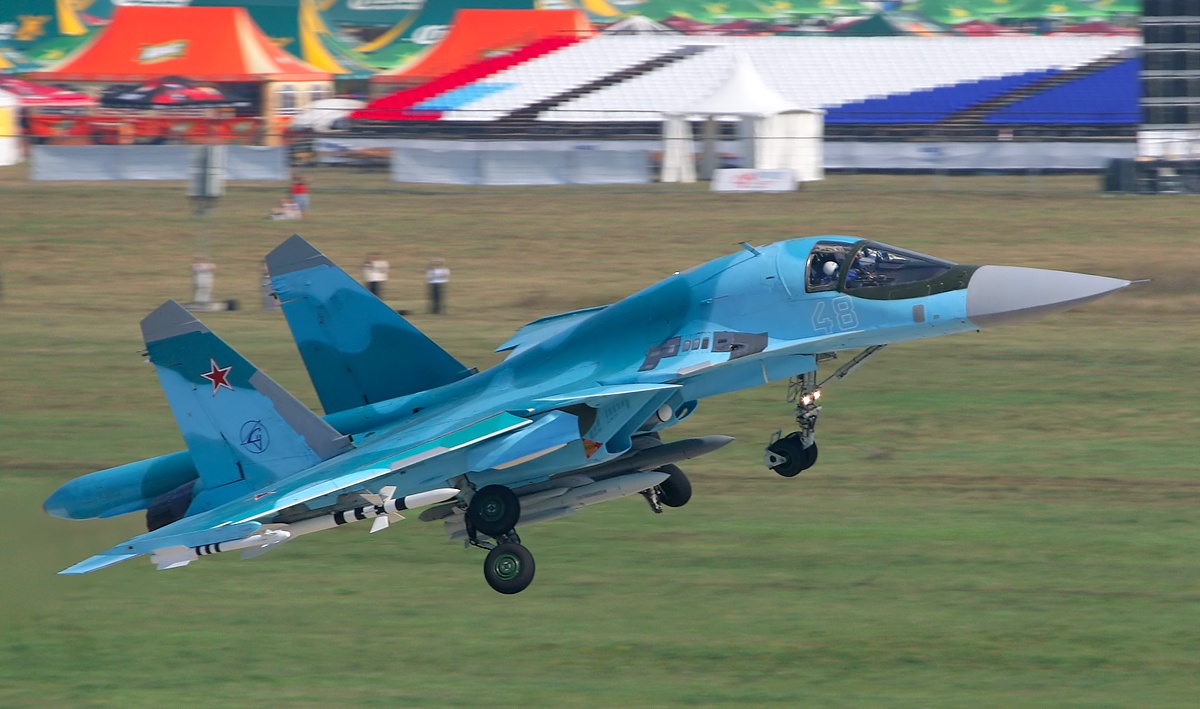 The Russian Air Force has taken delivery of five new multifunctional Su-34 bombers on Wednesday, according to an official statement.

Earlier this year, the Russian MoD and the Sukhoi Corporation signed a contract worth 2.5 billion euros for 92 Su-34 bombers.

The aircraft is referred to a 4+ generation aircraft due to its combat readiness after tests completed in 2011.
nosint
defenseworld
Publicado por Miragec14 No comments:

It was hardly on the level of the J-20's appearance two years ago, but the advent of the Xian J-20 transport over the Christmas holidays was nonetheless important.

If nothing else, it's the third all-new Chinese military aircraft to emerge in two years, a pace of innovation unknown since the Cold War.

It is also by far the largest indigenously developed Chinese aircraft.

The ESPS Relámpagois payed an informal visit to Cape Town over the period 19 to 22 December 2012.The Spanish Ministry of Defence said that the visit is aimed at providing the crew with rest as well as enhancing cooperation and ties with the South African Navy. On her return journey, she will strengthen maritime security cooperation with other African navies.

With a displacement of 2,650 tons and a length of 94 meters, the Relámpago (“Lightning”) is an Offshore Patrol Vessel designed to protect sea areas of interest for Spain, maintain a naval presence overseas and carry out Maritime Security tasks where required. Intended for low intensity scenarios, the class is deployable in all oceans, self-sustained for long periods at sea in all meteorological conditions.

The SA Navy is looking to acquire new offshore (OPV) and inshore (IPV) patrol vessels under Project Biro. Navantia said that the ship can be adapted to the requirements of the South African Navy. “This OPV is a medium sized, multipurpose and high performance ship with great versatility regarding missions (and) has low acquisition and life cycle costs,” a Navantia spokesperson explained.

The southern oceans off South Africa’s coast are notorious for their rough sea conditions. The Avante 3000 class vessel is able to operate in a sea state of 6, with waves up to 4 metres in height. This was the exact conditions that the Relámpago faced during her journey from Mozambique to Cape Town.

When asked by defenceWeb what the conditions were like, Naval LieutenantTasar Hernandez, Second-in-Command of the Relámpago, responded: “The ship was very stable, no problem for the two days.”

Although the third of the “Meteoro” class Avante 3000 maritime patrol ships built for the Spanish Navy, she is the first to undertake an international deployment when she left the Spanish port of Rota on 17 August. She first participated in Active Endeavour, helping NATO patrol the Mediterranean Sea to monitor shipping to help detect, deter and protect against terrorist activity.

Thereafter she participated in Operation Atalanta, spending over three months with the EU Naval Force fighting piracy off the Somali Coast. This included the protection of vessels of the World Food Programme (WFP) delivering food aid to displaced persons in Somalia and the protection of African Union Mission in Somalia (AMISOM) shipping. She made a name for herself when, on 8 September, she rescued 68 people after finding them adrift in a small boat in the middle of the Gulf of Aden.

Prior to her arrival in Cape Town, the Relámpago spent two days in Maputo, Mozambique. She will visit several African countries along the west coast of Africa before patrolling the waters off the Canary Islands. She is only due to complete her maiden deployment in February 2013, having completed a journey of almost 30 000 nautical miles. 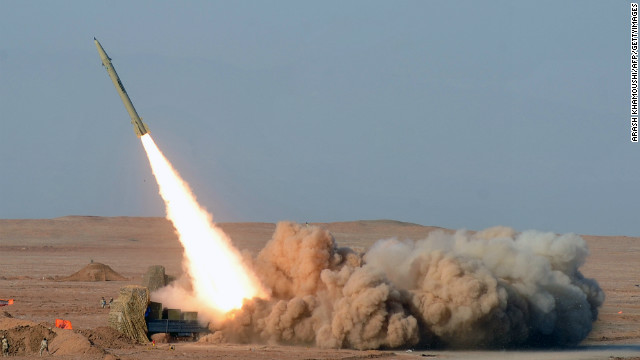 Two U.S. military officials told CNN that the Syrian government has switched to using the more accurate Fateh A-110 missiles against the rebels. 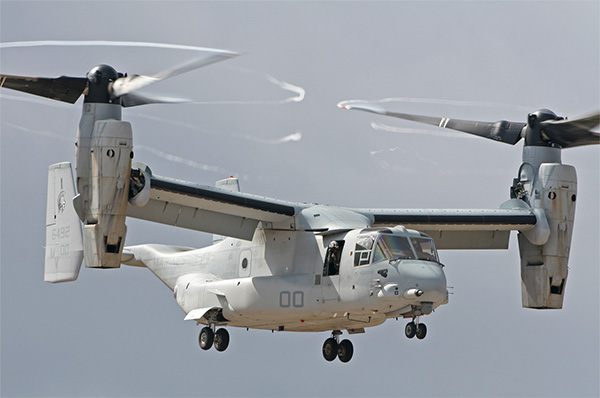 The Russian Air Force will move away from its gray paint scheme from next year and adopt a new camouflage that will come in a variety of colors.

Not all aircraft will be repainted, only new aircraft and those that have undergone major repairs will get a new coat of paint.

Russian aircraft maker MiG delivered in December a batch of four MiG-29K/KUB shipborne fighters to the Indian Navy under a contract concluded in 2010.
With the delivery, MiG has fulfilled all its obligations for 2012 stipulated in the 2010 contract with the Indian Defense Ministry,.
In March 2010, Russia and India signed a $1.5-billion contract on the supply of 29 additional MiG-29K Fulcrum-D carrier-based fighter jets to New Delhi.

Philippines signed a contract with AgustaWestland on Thursday for 3 AW109 helicopters. These helicopters will be delivered to the Navy.
On Friday, it also accepted a C-130B that was refurbished locally. The Russian Air Force has taken delivery of the first six Su-35S fighters at the Komsomolsk-on-Amur aircraft manufacturing plant in Russia’s Far East. 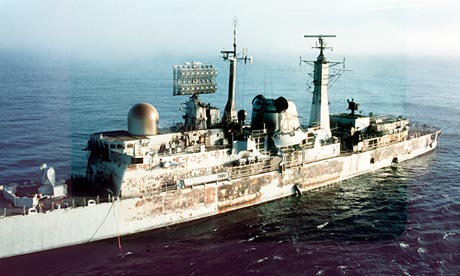 One of Britain's most senior law officers at the time of the Falklands conflict, the attorney general, Sir Michael Havers, urged the prime minister to steal deadly French Exocet missiles to stop them ending up in the hands of the enemy. 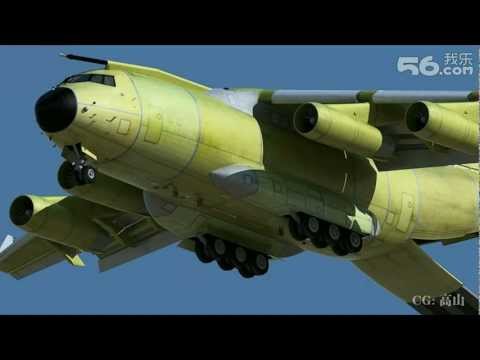 China’s defense ministry has confirmed that the country is developing a large transport aircraft.

The Pentagon has notified Congress that South Korea has requested a possible sale of four RQ-4 Block 30 (I) Global Hawks with the Enhanced Integrated Sensor Suite (EISS). The estimated cost is $1.2 billion and covers training and logistical support.

NATO extends contract to charter An-124

NATO has extended the contract to charter An-124 transport planes until at least Dec. 31, 2014.

Email ThisBlogThis!Share to TwitterShare to FacebookShare to Pinterest
Etiquetas: AN-124, NATO, RUSSIA

The Indian Air Force has received the first two of the 12 AW101 VVIP helicopters at Palam air base last week. Aviation Week has posted an image of the first RC-135 for the Royal Air Force.

The RAF has three RC-135s on order, making the U.K. the first export customer for the RC-135V/W Sigint jets. The aircraft have been converted from a trio of 1964-vintage Boeing KC-135 Stratotankers.

The three aircraft were ordered by the Ministry of Defence in March 2010 and the first aircraft is expected to roll out early next year. Once in service, the aircraft will be operated by No. 51 Sqn which famously operated the Nimrod R1, an aircraft which for many years the RAF refused to disclose as being in operation because of the type’s intelligence gathering capabilities. In preparation for the Rivet Joint’s arrival, 51 Sqn crews have been flying missions with the 55th Wing to gain experience on the type. It is understood that the aircraft will be christened Airseeker in RAF service.

The aircraft distinctly lacks an air-to-air refuelling probe and given the RAF has not ordered a boom for its Voyager tankers, the new Airseekers will end up being dependent on USAF or tankers from other nations for refuelling. 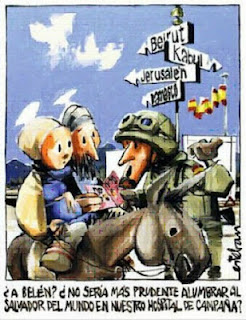 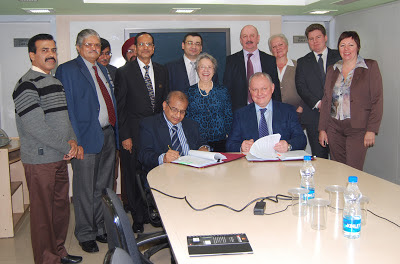 Chinese Z-9 Helicopters to Arrive to Cambodia in April 2013 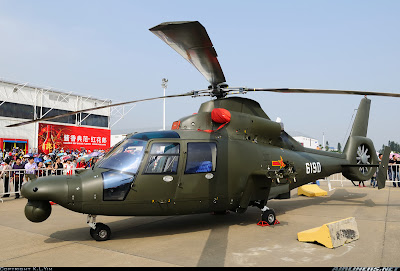 Cambodia's air force will be strengthened by the arrival of 12 military helicopters, including four attack choppers, from China next year, government officials said yesterday. 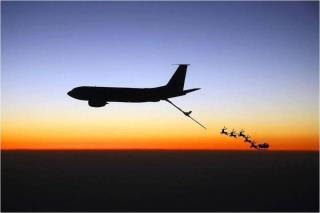 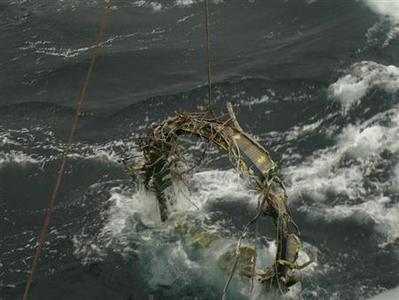 North Korea said the December 12 launch put a weather satellite in orbit but critics say it was aimed at nurturing the kind of technology needed to mount a nuclear warhead on a long-range missile. 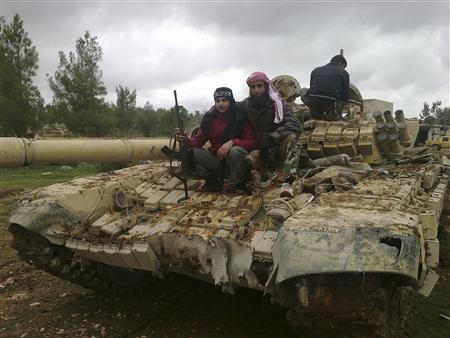 Syria's chemical weapons are still secure despite the fact that President Bashar al-Assad has lost control of parts of the country, a senior Israeli defense official said on Sunday.

Eurocopter delivered the French DGA’s first NH90 NATO Frigate Helicopter (NFH) in its new Step B version, to be used by the French Navy.

This aircraft will join the fleet of seven NFHs already delivered to the French Navy in the first standard configuration. 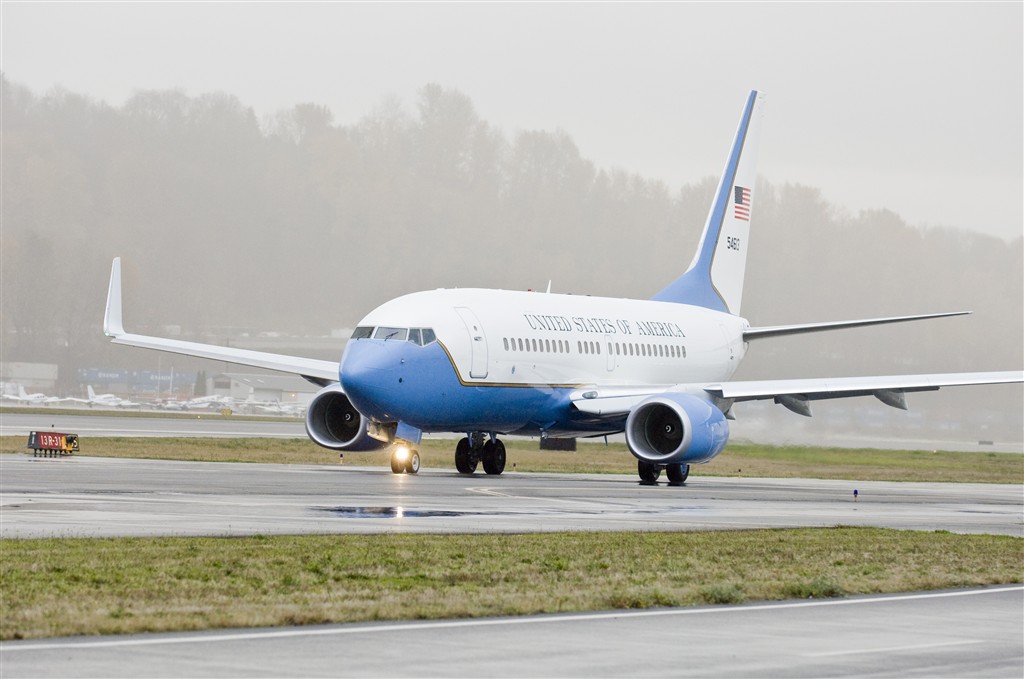 Boeing, is being awarded a $145,000,000 firm-fixed-price contract for the procurement of two C-40A Clipper aircraft for the U.S. Navy. 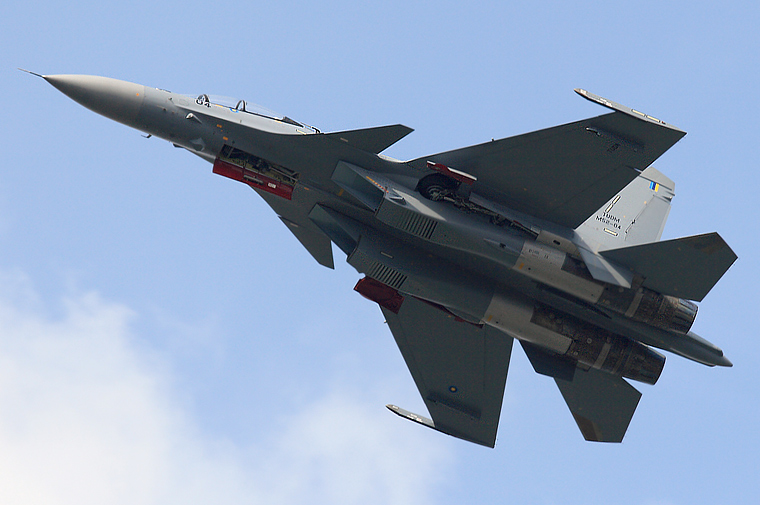 Delivery of the first Belgian NH90 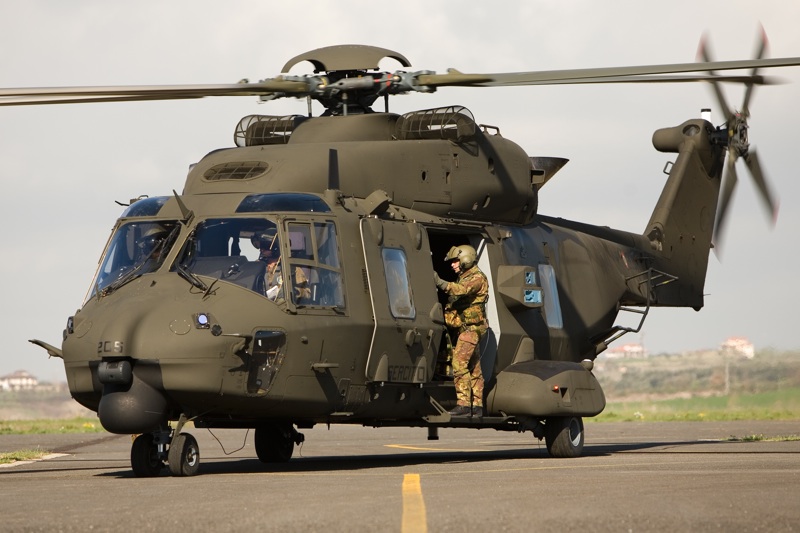 NH announces the delivery to the Belgian Defence Forces of the first NH90 Tactical Transport Helicopter. The Commonwealth of Australia has completed its acquisition of six Boeing 737 Airborne Early Warning and Control (AEW&C) aircraft and related mission systems by accepting the final design of the Wedgetail airborne mission segment.

The Pakistan Navy said in a news release that it has test fired a land attack missile for the first time. Russian President Vladimir Putin is expected to secure a deal to supply 42 Su-30MKIs and 59 Mi-17 V5s to India during his official visit there on Monday. 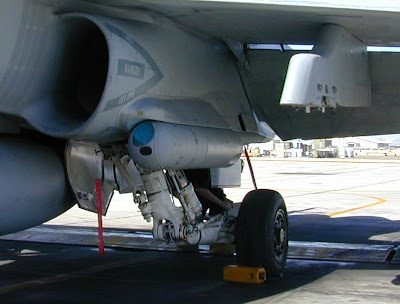 Raytheon , is being awarded a $25,700,000 firm-fixed-price delivery order against a previously issued basic ordering agreement (N00019-10-G-0006) for the procurement of six Advanced Targeting Forward Looking Infrared (ATFLIR) pods in support of the F/A-18 C/D aircraft for the Government of Malaysia under the Foreign Military Sales Program.

The Russian Defense Ministry signed an order for 30 Su-30SMs with Irkut on Wednesday. These fighters will be delivered to the Russian Air Force by 2016.

According to Norwegian Minister of Defence, the F-35 program is of vital importance to both the United States and Norway in ensuring that Norway fulfil their future operational requirements.