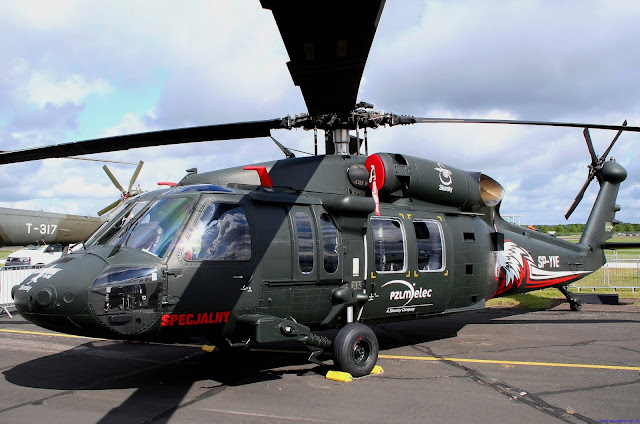 Sikorsky’s Polish subsidiary PZL Mielec already appears to be benefiting from the collapse of acquisition talks between its rival Airbus Helicopters and the Warsaw government.
Last week the country’s ministry of economic development ended nearly 18 months of protracted wrangling over a 50-unit commitment for H225M Caracal helicopters. It cited irreconcilable differences about the level of industrial offset proposed, which it said needed to equal the Zl13 billion ($3.4 billion) of the main contract.
However, all three branches of Poland’s armed forces still require new helicopters and its defence ministry has wasted little time in pushing business towards PZL Mielec, which assembles the S-70i Black Hawk for the international market.
During a visit to the firm’s assembly facility, defence minister Antoni Macierewicz said it would work to quickly finalise a deal for S-70is for operation by Polish special forces.
flightglobal
Publicado por Miragec14 No comments:

The Afghan Air Force could receive four more Embraer A-29 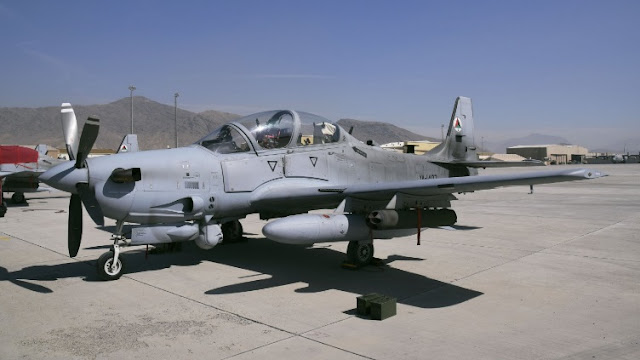 The Afghan Air Force could receive four more Embraer A-29 light attack turboprop aircraft, adding to 20 already on contract, the US Air Force says in a new contracting notice.
The four aircraft would be assembled by Embraer at the company’s Jacksonville, Florida, facility, but the prime contractor could change.
Sierra Nevada teamed with Embraer to win the original bidding contest with Hawker Beechcraft, which is now part of Textron Aviation.
The USAF is considering other sources to procure up to four A-29s from Embraer for delivery to the Afghan Air Force, according to a “sources sought” notice posted on 6 October.
Sierra Nevada remains on contract to maintain the Afghan air force A-29 fleet to a mission capability rate of 80%, so any new prime contractor must continue working with the Sparks, Nevada-based company.
flightglobal
Publicado por Miragec14 No comments:

Germany may buy as many as six C-130Js 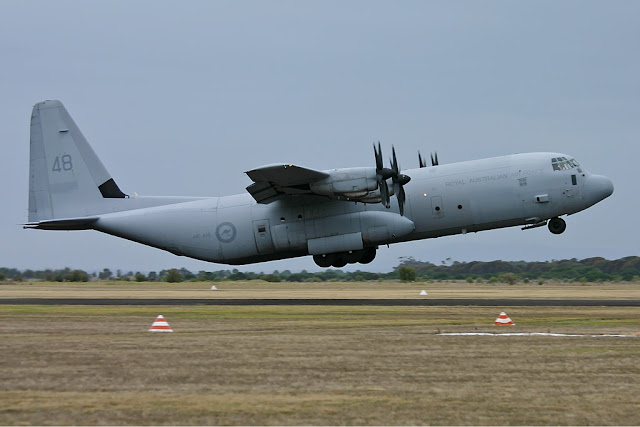 Germany has signalled its intention to acquire as many as six Lockheed Martin C-130J tactical transports as its frustrations deepen with the underperforming Airbus Defence & Space A400M.
As part of a memorandum of understanding with France, signed by the defence ministers from both countries, the Hercules would be part of a “common air transport squadron” to be created by 2021.
“According to current demand forecasts, four to six German aircraft in the common transport squadron are planned,” says the country’s defence ministry, which would station the C-130J fleet in France.
flightglobal
Publicado por Miragec14 No comments: 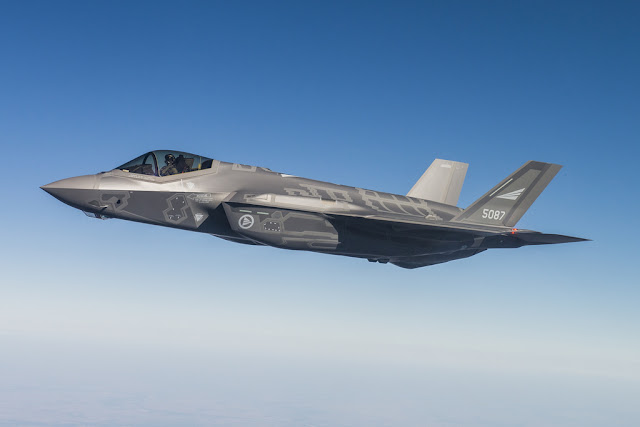 Norway could buy 12 more Lockheed Martin F-35As for delivery in 2021 and 2022 under a new spending plan submitted to Parliament.
The proposal, if approved, would raise the total number of authorised F-35A purchases to 40 aircraft, or only 12 short of the Norwegian air force’s requirement.
The requested authorisation also would allow Norway to participate in a proposed “block buy” for the F-35’s US and international partners.
The F-35 Joint Programme Office is working to package purchases of hundreds of F-35s spread over two or three years from 2018 to 2020 into a single order commitment.
flightglobal
Publicado por Miragec14 No comments: 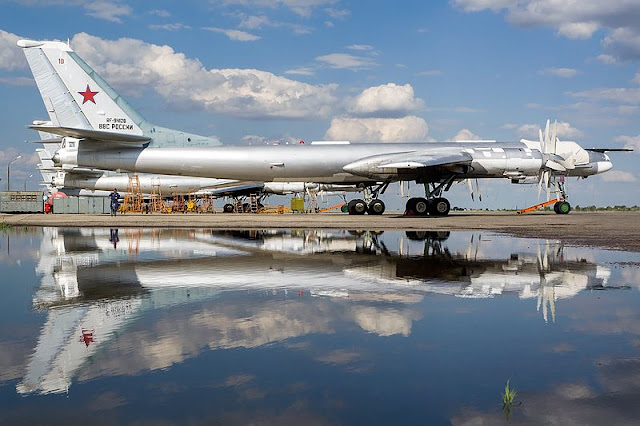 A new division of Tu-95MS and Tu-22M3 strategic bombers will soon appear in the Russian Far East to patrol the area over the Pacific Ocean inside the Japan – Hawaii – Guam triangle.
Military experts see the creation of a new air group as a clear signal to the Asia-Pacific nations and the US that Russia is serious about is current pivot to Asia.
It will be already the second heavy bomber air group in the Russian Aerospace Forces after a division of Tu-160, Tu-95MS and Tu-22M3 bombers that have been so successful mopping up terrorists in Syria, was added last year.
The newly-formed division will include dozens of strategic and long-range bombers to be deployed in Irkutsk and Amur regions.
Soviet missile-carrying bombers patrolled those areas keeping an eye on “enemy activity.” These regular patrols were called off during the 1990s and early 2000s, but now it looks like Russian bomber flights inside the Japan-Guam-Hawaii triangle are back.
Since 2014 Russian Tu-95MS bombers have regularly been spotted off the coast of Japan which scrambled fighter planes to intercept the Russian “Bears” (NATO reporting name for the Tu-95MS). In November a pair of Tu-95MS bombers circled the US island of Guam in the Western Pacific without straying into US airspace. Even though Guam is not a US state, it has been a US unincorporated territory since 1898. This Russian military beef-up in the Pacific means that Moscow is serious about its current pivot to Asia.
sputniknews
Publicado por Miragec14 No comments:

USAF F-16s from Italy are quietly deployed to Djibouti 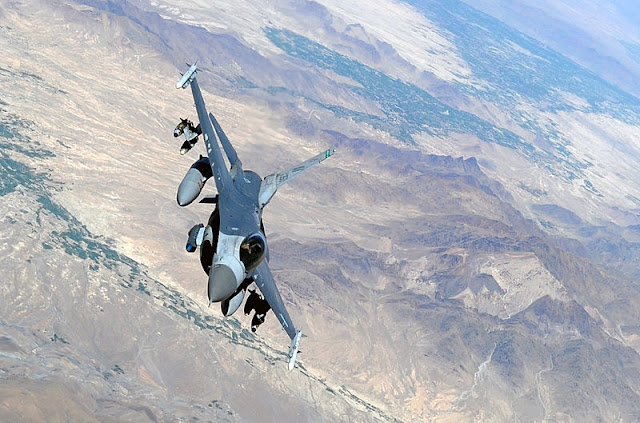 The U.S. Air Force has quietly deployed a number of KC-135s and F-16s to Camp Lemonnier in Djibouti, this was at the request of Africa Command.
U.S. Africa Command said it was a “precautionary measure in order to protect Americans and American interests in South Sudan if required.”
stripes
Publicado por Miragec14 No comments: 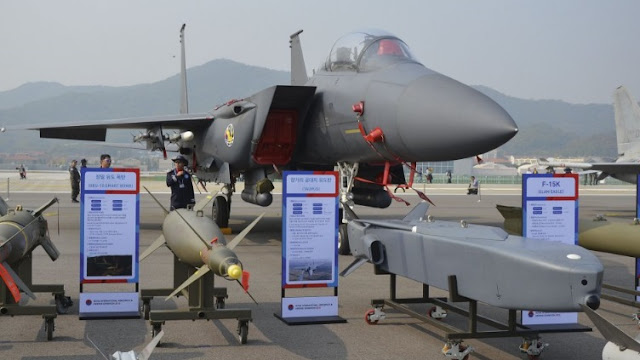 South Korea has received its first lot of Taurus KEPD 350K cruise missiles during a ceremony at the headquarters of Taurus Systems in Schrobenhausen, Germany, it was announced on 14 October.
An undisclosed number of missiles were formally handed over to the Republic of Korea Air Force (RoKAF) during the event, which took place on the same day as the announcement. The RoKAF signed a contract for the Taurus KEPD 350K in November 2013, with reports putting the number at either 170 or 180 missiles.
The Taurus KEPD 350K is being integrated onto the RoKAF's Boeing F-15K Slam Eagle fleet. According to MBDA Deutschland (the lead company in the Taurus Systems consortium, which also includes Saab Dynamics), this work is now in its final stages.
The missile is an enhanced version of the Taurus KEPD 350 fielded by Germany and Spain on its Panavia Tornado, and Boeing EF-18 Hornet and Eurofighter Typhoon aircraft respectively. Sweden is looking at integrating it onto its Saab JAS 39 Gripens also.
janes
Publicado por Miragec14 No comments: