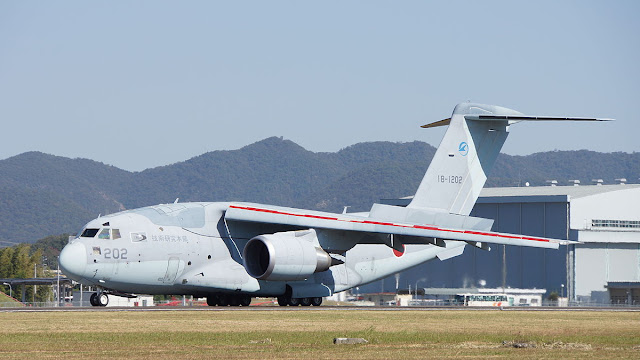 An electronic intelligence (ELINT) variant of the Kawasaki Heavy Industries (KHI) C-2 transport aircraft made its maiden flight on 8 February.
The milestone for the ELINT C-2 was not announced officially by the manufacturer, but was marked by images and video of the event posted online.
Designated EC-2 on account of its electronic mission, the aircraft is recognisably different from the baseline airlifter in that it has several appendages and other fairings attached to its upper and side fuselage, and atop the tail. The aircraft's radome is more bulbous compared with the airlifter's, and it is fitted with a large number of underfuselage antennas.
janes
Publicado por Miragec14 No comments:

The Chairman of the State Duma Defence Committee, Vladimir Shamanov, on 5 February confirmed for the first time the permanent deployment of Iskander-M missiles in Russia’s Kaliningrad Baltic exclave, independent Russian news agency Interfax has reported.
Plans for the deployment were announced by the Russian Ministry of Defence on 31 January.
On 5 February, Lithuanian Defence Minister Raimundas Karoblis warned that Russia had now permanently stationed Iskander systems in the Kaliningrad region.
Shamanov replied, “We have them in place now, so what?”
The missiles are going to the 152nd Guards Missile Brigade based at Chernyakhovsk, in the Kaliningrad exclave.
In response, Lithuanian President Dalia Grybauskaitė said the Iskander deployment near Kaliningrad “means a threat not only to Lithuania, but also to half the European states”.
janes
Publicado por Miragec14 No comments: 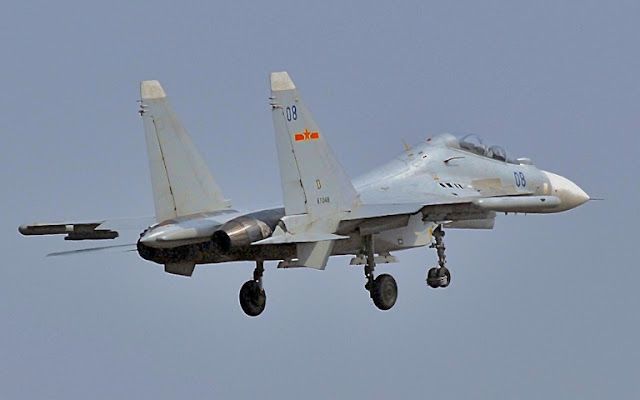 Beijing has responded to the US Navy’s ramped-up presence in the South China Sea – an aircraft carrier strike group led by the USS Carl Vinson has been scheduled to call at Vietnamese ports next month – with squadrons of advanced fighters including Su-35s and J-20s that will soon start patrolling the 3.5-million-square-kilometer sea.
Further incidents involving US and Chinese forces appear inevitable after the China News Service revealed that the US guided-missile destroyer Hopper came within 12 nautical miles of Scarborough Shoal (Huangyan Island) last month, and was intercepted by the Chinese missile destroyer Huangshan. CNS said the US warship steered away from the area after a brief standoff.
Similar encounters in the air are set to become frequent as well, as the People’s Liberation Army has dispatched an unconfirmed number of Su-35 multirole fighters to the sea for joint combat cruise missions.
This is “a pragmatic action for the air force to fulfill its mission in the new era and conduct combat training exercises” above the South China Sea, said a statement by the PLA Air Force on its Weibo social media account.
It is also rumored that several J-20s already in service with the PLAAF will fly south to join Russian-made counterparts to test the 4.5th generation fighter’s operational reliability.
atimes
Publicado por Miragec14 No comments: 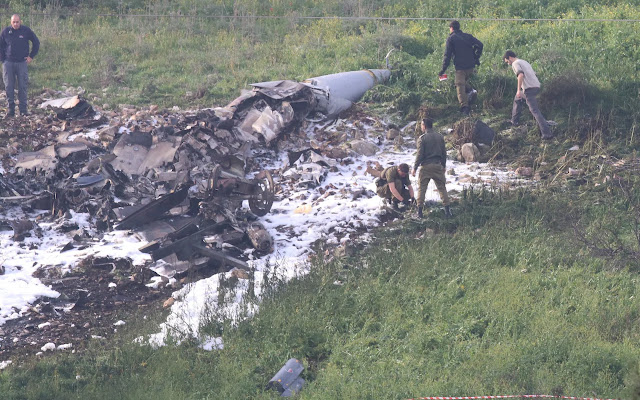 An Israeli jet was shot down during an attack on Iranian targets in Syria yesterday, in the most serious confrontation between the foes since the start of the civil war.
Israel said it sent an F-16 jet to disable an Iranian drone which entered into Israeli territory from Syria earlier on Saturday morning.
The military said it then faced massive anti-aircraft fire from the Syrian regime that forced two pilots to abandon the aircraft, which crashed in northern Israel.
One pilot was seriously wounded and the other lightly. Syrian officials reported large explosions in the centre of the country and the Syrian counter fire set off warning sirens throughout northern Israel.
The Israeli Defence Forces (IDF) said it struck at least a dozen targets after the jet was downed, including three aerial defence batteries and four Iranian targets near the capital Damascus.
Saturday's incident marked the first time an Israeli aircraft has been shot down by Syria since the Lebanese civil war in 1982.
telegraph
Publicado por Miragec14 No comments: 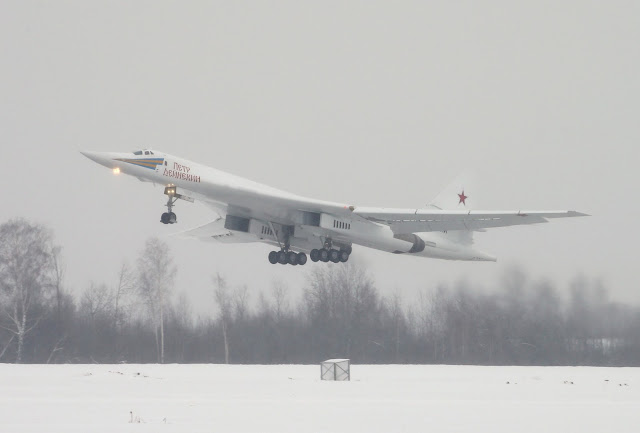 Russia's United Aircraft has flown the first remanufactured Tupolev Tu-160, with the supersonic aircraft performing a short flight from Kazan on 25 January.
Watched by a crowd of VIPs including Russian president Vladimir Putin, the 7min sortie was performed at an altitude of 300m, to check the aircraft's handling characteristics.
As well as modernising the aircraft with new avionics and engines, Tupolev has made extensive alterations to the existing airframe.
The Tu-160 was last produced in 2008 and the current upgrade process is part of an effort to re-establish the final assembly facility in Kazan.
flightglobal
Publicado por Miragec14 No comments: 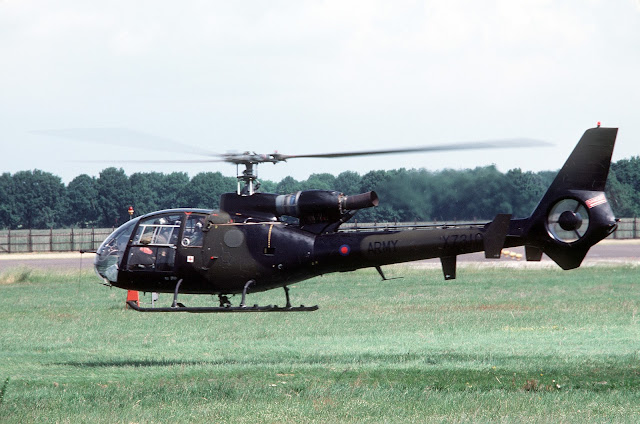 Initial work is under way to replace the British Army's active fleet of 22 elderly Aérospatiale Gazelle AH1 helicopters, as the venerable type nears retirement.
Air Cdre Al Smith,declined to reveal the platform under consideration, or the timeline for any acquisition. The latter is driven by the out-of-service date for the Gazelle, which could be accelerated from a current target of 2025 if the type becomes more costly to support due to a shortage of spare parts.
Employed by the Army Air Corps in the reconnaissance and battlefield liaison role, the Gazelle also relies on a pool of what Smith describes as "really highly trained" flightcrew, who are used to operating as a single pilot in "quite challenging weather conditions".
flightglobal
Publicado por Miragec14 No comments: 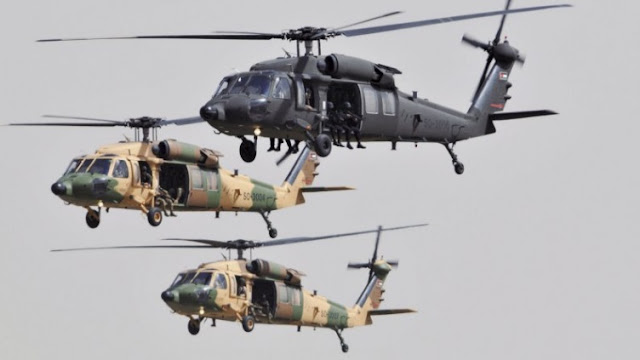 The Royal Jordanian Air Force (RJAF) has received into service its final batch of new Sikorsky S-70 Black Hawk helicopters.
Delivery of the final UH-60M-standard platforms aboard a US Air Force (USAF) Boeing C-17 Globemaster III strategic airlifter took place in December 2017, and was part of a wider handover that included 12 such helicopters supplied to the kingdom over the nine months.
The build-up of the RJAF’s Black Hawk inventory is geared at reinforcing the defence of border security against Islamic State forces in neighbouring Syria and Iraq, and to enable the Royal Jordanian Army’s Quick Reaction Forces to immediately deploy anywhere in the country. The US Congress appropriated USD470 million in 2017 to the Jordanian armed forces, including training for pilots, crew chiefs, and maintenance technicians, as well as spare parts, ground equipment, weapons, ammunition and shelters for the Black Hawks.
janes
Publicado por Miragec14 No comments: 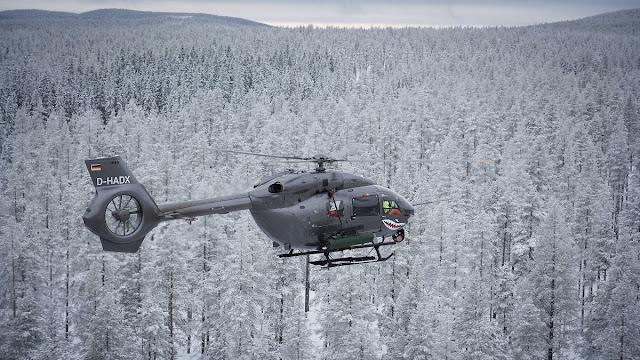 Airbus Helicopters has announced a successful test-firing campaign of 70mm laser-guided rockets from its H145M helicopter.
The rocket tests, which were conducted in early December but announced Jan. 31, are part of the company’s development of its HForce weapons packages meant for military services looking to arm rotorcraft.
The tests were conducted at the Alvaden test range in Sweden, with the Thales FZ275 LGR, which stands for laser-guided rocket, and an MX-15D electro-optical system from L3 Wescam, according to Airbus.
The rockets are intended to deliver a precision strike, which seeks to limit civilians casualties, particularly in asymmetric combat.
The tests followed ballistic firing tests in Hungary in October, another key step in the development of the HForce weapon system for the H145M military helicopter.
Qualification of the ballistic HForce weapons package is expected at end of this year, with laser-guided rockets due to be certified by the end of 2019.
defensenews
Publicado por Miragec14 No comments: 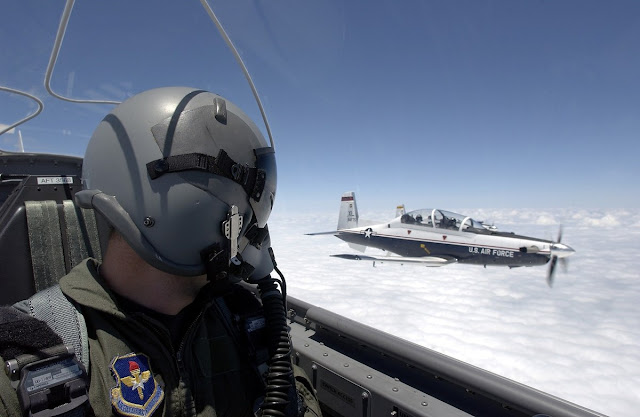 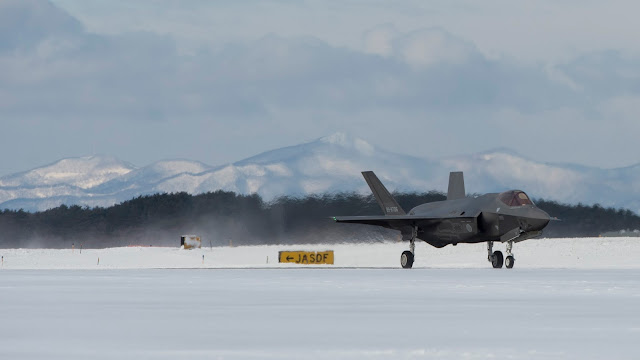 Japan Air Self-Defense welcomed the first operational Force F-35A Lightning II during an arrival ceremony at Misawa Air Base, Jan. 26.
In the upcoming Japanese fiscal year, nine more aircraft will join this one to incept the first fifth-generation fighter squadron as part of the JASDF’s 3rd Air Wing.
In total, JASDF plans to acquire 42 F-35As as successors to its F-4s. A commemorative ceremony is scheduled for Feb. 24 at Misawa AB to celebrate the official initial deployment of a JASDF F-35A.
"The F-35A will bring transformation in air defense power and significantly contribute to the peace for citizens and ensure security,” said JASDF Maj. Gen. Kenichi Samejima, the 3rd AW commander.
misawa.af.mil
Publicado por Miragec14 No comments: