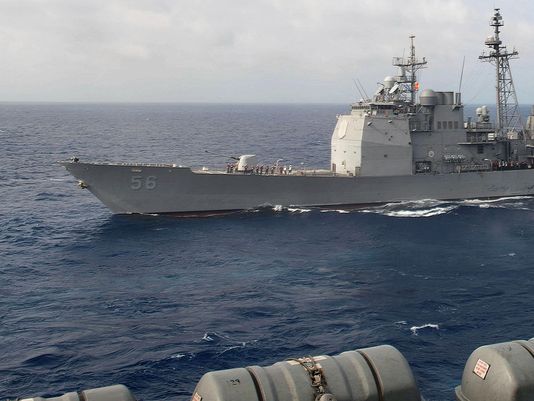 The same Russian frigate that, according to the US Navy, spent more than an hour June 17 maneuvering erratically and unsafely near a US aircraft carrier and destroyer in the Mediterranean Sea was at it again Thursday, this time near a different carrier. And this time, the ship’s reputation as a dangerous driver was anticipated.
The Yaroslav Mudryy, a Project 1154 Neustrashimy-class frigate wearing pennant number 777 was, according to a US Navy report, conducting shadowing operations of the aircraft carrier Dwight D. Eisenhower carrier strike group as the flattop was flying combat operations against ISIS targets in Syria and Iraq.
The Russian frigate closed on the cruiser San Jacinto, operating as the carrier’s air defense commander, in an action a Navy message characterized as “abnormal, [un]safe and unprofessional.”
defensenews
Publicado por Miragec14 1 comment: