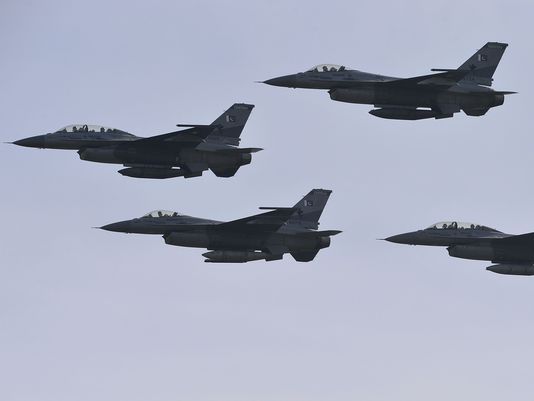 Tusas Turkish Aerospace Industries (TAI) is negotiating with Pakistan to upgrade 74 Pakistani Air Force (PAF) F-16 fighters, company officials said.
“The negotiations are being held through our Pakistani representative,” a TAI official said. “We are hopeful about an eventual deal in view of our excellent relations with PAF.”
If finalized the deal will involve upgrades on a batch of 74 PAF F-16 aircraft, including 14 fighters Pakistan will acquire from Jordan.
defensenews
Publicado por Miragec14 No comments:

Vietnam May Request F-16s, P-3 Orions From US 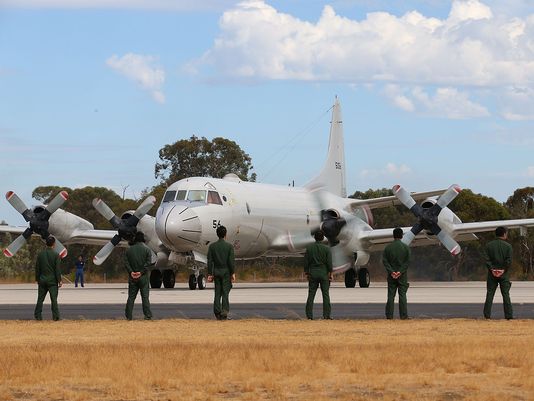 With the lifting of the US arms embargo to Vietnam, a US defense industry source indicates Hanoi is seeking to improve its air defense and maritime security capabilities with the procurement of F-16 fighter aircraft from the US Pentagon’s excess defense articles (EDA) program and refurbished P-3C Orion maritime patrol aircraft, armed with torpedoes.
defensenews
Publicado por Miragec14 No comments:

F-22 Restart for US Air Force Not 'A Wild Idea' 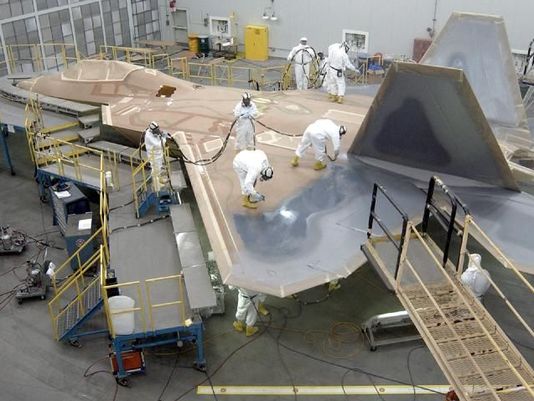 Although US Air Force and industry officials have repeatedly dubbed reviving Lockheed Martin’s F-22 production line as a nonstarter, the service’s outgoing chief of staff said Thursday it might not be such a crazy idea after all.
Gen. Mark Welsh's comments marked the first time since Congress floated the idea last month that Air Force leadership has acknowledged an F-22 restart as anything but pie in the sky.
defensenews
Publicado por Miragec14 No comments: 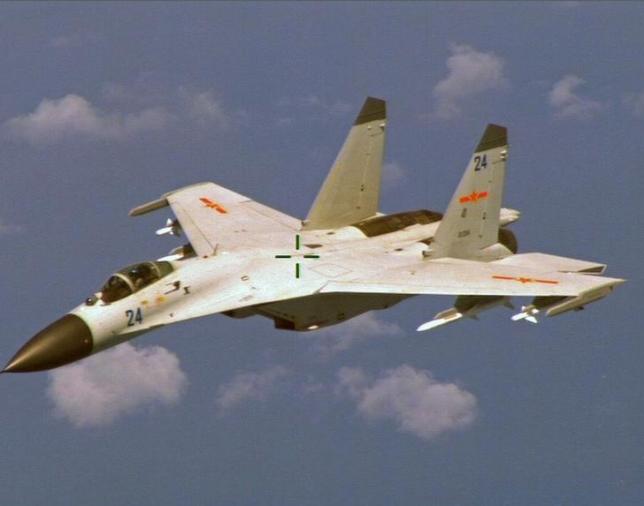 The Pentagon has concluded that an intercept of a U.S. military aircraft by Chinese fighter jets last week over the South China Sea violated an agreement the two governments signed last year, a U.S. defense official said on Thursday.
The Pentagon findings contradict what the Chinese Defense Ministry said earlier in the day.
Last year, the United States and China announced an agreement establishing rules of behavior to govern air-to-air encounters and creating a military hotline.
reuters
Publicado por Miragec14 No comments: 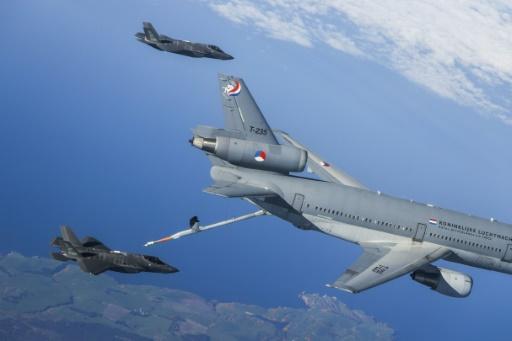 The Netherlands' first two F-35s landed at Leeuwarden Air Base on Monday, marking the fifth-generation jet's first eastbound transatlantic crossing.
The jets, made the journey from Edwards Air Force Base.
This appearance comes just weeks before Lockheed Martin's joint strike fighter is scheduled to make its international debut at the Royal International Air Tattoo and Farnborough Air Show in the United Kingdom
defensenews
Publicado por Miragec14 No comments: 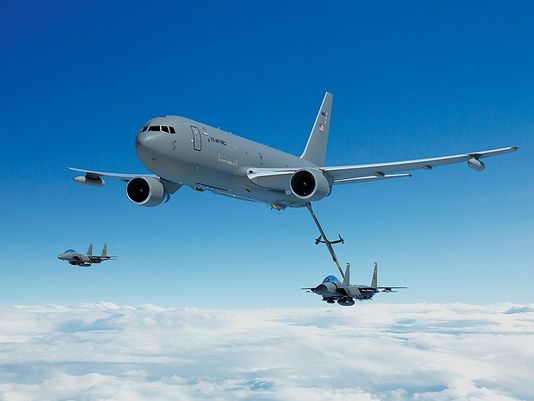 Boeing’s KC-46 tanker program will miss a major contractual deadline to deliver 18 ready-to-go aircraft to the US Air Force next year.
Due to ongoing issues with the KC-46’s refueling systems, Boeing will not be able to deliver the 18 certified tankers to the Air Force as planned by August 2017, a major contractual obligation known as Required Assets Available, or RAA.
It is unclear what impact this delay will have on Boeing's contract to replace the Air Force's aging KC-135s. Both company and service officials said they are continuing to assess the implications.
defensenews
Publicado por Miragec14 No comments: 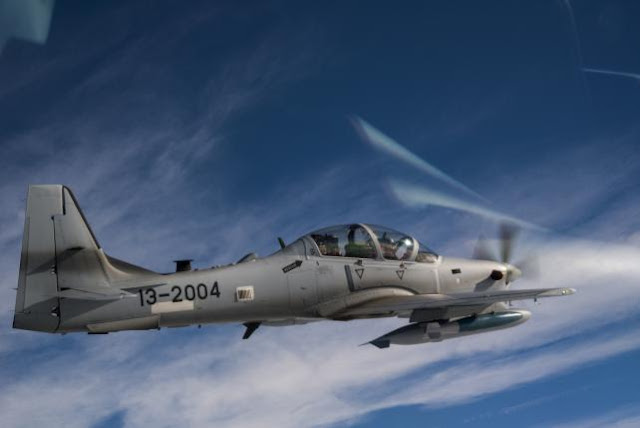 The U.S. administration is seeking to approve a sale of as many as 12 A-29 Super Tucano light attack aircraft to Nigeria to aid its battle against the extremist group Boko Haram, U.S. officials say.
Washington also is dedicating more intelligence, surveillance and reconnaissance assets to the campaign against the Islamist militants in the region and plans to provide additional training to Nigerian infantry forces.
The sale could offer Nigeria a more maneuverable aircraft that can stay aloft for extended periods to target Boko Haram formations.
reuters
Publicado por Miragec14 No comments: 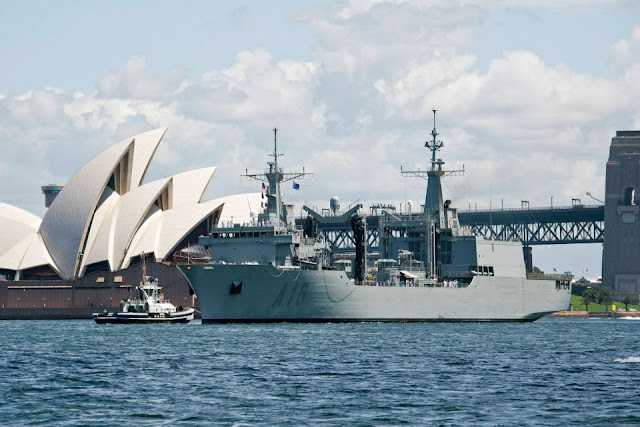 The Turnbull government’s massive spend on Australia’s naval capability continued today after signing a deal to spend $640 million on two naval replenishment ships built in Spain .
Unlike recent announcements by the prime minister about building submarines and other ships in Australia, today’s decision to give the contract to Madrid-based Navantia was low key.
Defence minister Marise Payne confirmed Navantia as the preferred tenderer, beating South Korea’s Daewoo, for the two auxiliary oiler and replenishment (AOR) vessels in March.
Australia’s current supply ship, HMAS Success, launched in 1984, will reach its end of life in 2021, and needs to be replaced urgently.
The navy’s other supply ship, HMAS Sirius, is a former commercial oil tanker commissioned in 2006 and does not have the capability for other supplies. Navantia, which build the Royal Australian Navy’s two newest vessels, the landing helicopter dock ships, Canberra and Adelaide, will build two 19,500-tonne dual tanker and supply ships.
The contract stipulates that $130 million of the build will involve local industry for combat and communication systems, and elements of the onboard cranes. And an initial $250 million, five-year sustainment contract, also signed with Navantia, will be undertaken in Australia.
businessinsider
Publicado por Miragec14 No comments: