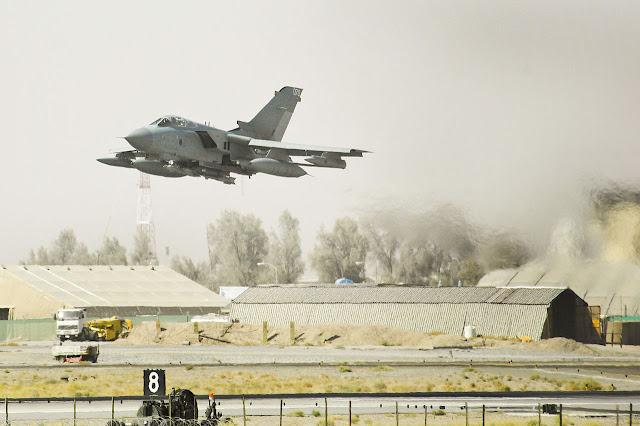 Further detail on the UK Ministry of Defence’s November Strategic Defence & Security Review (SDSR) has revealed the retirement of a Panavia Tornado GR4 squadron will be pushed back to 2018, from the previously announced 2017 date.
Last August, defence secretary Michael Fallon said a delayed retirement from 2016 until March 2017, of the Royal Air Force’s 12 Sqn, would allow the type to continue operating until the Eurofighter Typhoon was able to fully take over the ground-attack role in Iraq and Syria. However, the next retirement of a Tornado squadron has now been pushed back further, to 2018.
The Tornado is proving its worth against Islamic State militants in the Middle East and the demand for it is high; 12 Sqn was returned to service in January 2015 to join Operation Shader after originally disbanding in 2014 after the withdrawal from Afghanistan. Three squadrons are required to support the operation, with one deployed at any given time, one in a preparation role and another on stand down.
The recent SDSR also noted the UK will acquire the planned 138 Lockheed Martin F-35s over the life of the programme, and will “buy some of these aircraft more quickly than previously planned, creating an additional frontline squadron by 2023”, according to the factsheet.
flightglobal
Publicado por Miragec14