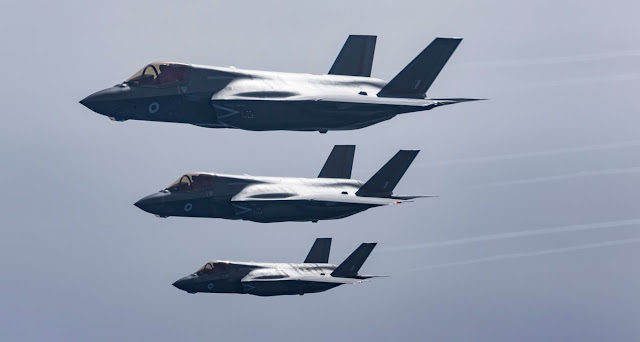 The Royal Air Force’s newest fighter left its home base for RAF Akrotiri, Cyprus to take part in its first overseas exercise following introduction.
Several F-35B Lightning aircraft from 617 Squadron, flew from their base at RAF Marham in Norfolk to spend six weeks at RAF Akrotiri as part of Exercise Lightning Dawn.
Owned and operated by the RAF, the Lightning Force is jointly manned by both the Royal Air Force and the Royal Navy.
raf
Publicado por Miragec14