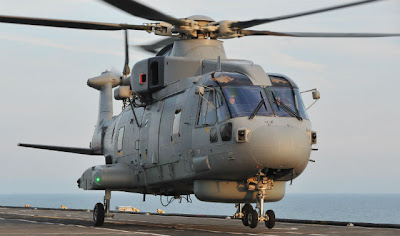 The first of the UK’s fleet of next generation anti-submarine maritime patrol Merlin helicopters have been handed to the Royal Navy at Culdrose.
The delivery of the five helicopters, which have been upgraded as part of a £800 million Lockheed Martin contract, to the Navy’s Fleet Air Arm marks a significant milestone.
Fitted with a state-of-the-art glass cockpit and improved aircrew console and avionics, the Merlin Mk 2 will have advanced touch screen displays, and an improved ability to detect and track submarines and share data with other aircraft and ships while airborne.
falmouthpacket
Publicado por Miragec14