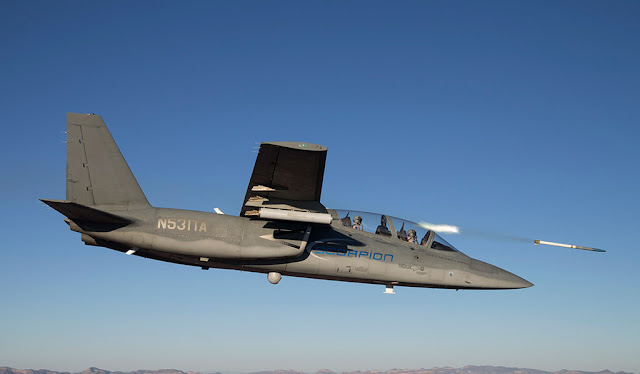 The Air Force is preparing to launch Combat Dragon III, a combat demonstration meant to test light-attack aircraft in the field, according to Aviation Week.
Air Force leaders have not yet reached a final determination about the exercise, but officials have forged ahead.
"We are preparing as if we're going," Air Force Reserve Col. Mike Pietrucha, who is light-attack adviser to Air Combat Command, told Aviation Week.
The service has selected a squadron commander and settled on a detachment of 70 people, Pietrucha said.
Those personnel will be drawn from operational squadrons, and staff and will be required to have at least 1,000 flight hours and combat experience, among other qualifications.
At the beginning of this year, Air Force Chief of Staff Gen. David Goldfein said the service was looking for an inexpensive fighter that could perform close-air-support missions over the battlefield.
The aircraft in question was reportedly envisioned as a cheap plane available commercially and which could handle combat missions — including close air support, basic surface attacks, and rescue escorts — against insurgents and even near-peer adversaries.
In August, the Air Force conducted the Light Attack Experiment, or OA-X, at Holloman Air Force Base in New Mexico. The service said OA-X was part its efforts to "explore cost-effective attack platform options" and featured Textron's Scorpion and AT-6 Wolverine, the Super Tucano A-29 made by Embraer and Sierra Nevada, and Air Tractor's AT-802L Longsword.
businessinsider
Publicado por Miragec14