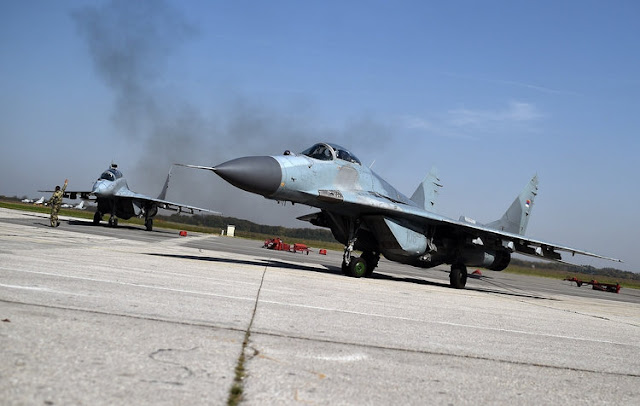 The Serbian Ministry of Defenee is planning to purchase S-300 long-range surface-to-air missile systems and seven Mikoyan MiG-29 fighter jets from Belarus.
The deals are to be signed this November during an official visit by Serbian President Aleksandar Vucic to Minsk where he will meet with his Belarusian counterpart, Alexander Lukashenko, a Serbian government source told local daily Tanjug.
The unnamed official said that “the offer that is on the table and which will be announced in November is much more favorable than the one that we obtained from Moscow.”
The value of the planned deal was not disclosed.
defensenews
Publicado por Miragec14