Reaper operations ramp up in France 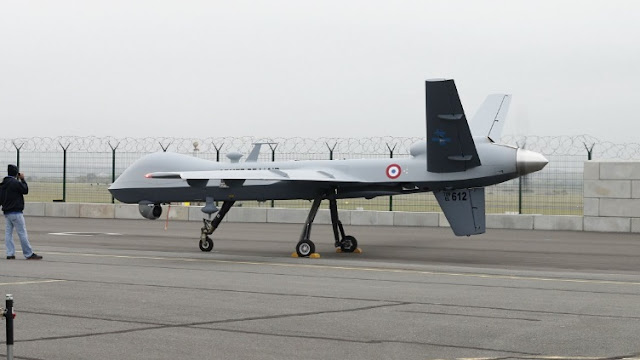 A French MQ-9 has taken part in 'Serpentex 2017': a JTAC exercise hosted by France in Corsica
The MQ-9's participation marks the French Reaper fleet's first real domestically based operation
The sole French General Atomics Aeronautical Systems Inc (GA-ASI) MQ-9 Reaper based in France has taken part in its first international close air support exercise, ‘Serpentex 2017’, above Corsica in the last month.
France’s MQ-9s have operated out of Niamey, Niger, for Operation ‘Barkhane’ since 2014, but the first domestically based French MQ-9 only began flying out of Air Force Base 709, its home base in Cognac, southwestern France, on 6 July.
The Reaper flying out of Cognac is controlled by a French landing and recovery element (LRE), although, as in Niamey, GA-ASI provides the ground maintenance element.
Exercise ‘Serpentex’, which took place from 11-29 September this year, trains joint terminal attack controllers (JTACs) from several NATO countries to conduct close air support missions, with the French Reaper used for intelligence, surveillance, and reconnaissance (ISR) duties and to lase targets on the exercise’s range. The Reapers flown during Operation ‘Barkhane’ have been used to ‘buddy-lase’ precision-guided bombs and Hellfire missiles launched from Mirage strike aircraft and Tiger HAD helicopters respectively.
An average of one Reaper mission per day is launched from Cognac for Exercise ‘Serpentex’. The unmanned aerial vehicle’s (UAV’s) transit from Cognac to Corsica involves a three-hour flight at an average speed of 180–210 kt along a specific military air corridor, which is activated specifically for the duration of the flight.
janes
Publicado por Miragec14