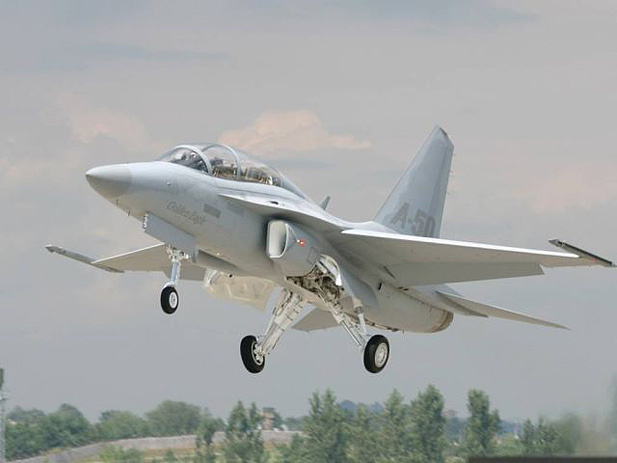 South Korea’s Ministry of National Defense (MND) has announced programmes to procure additional TA-50 trainer/light attack aircraft from Korea Aerospace Industries (KAI) and expand the production of a locally developed military communications system.
In a press release published on 26 September the MND said the procurement of the TA-50 – a derivative of KAI’s T-50 Golden Eagle advanced jet trainer – was necessary to meet expanding air-combat training requirements. The MND said it plans to acquire the aircraft from 2019 but did not disclose the number of platforms it intends to procure.
It added that the Republic of Korea Air Force (RoKAF) trainer aircraft requirements were expected to increase significantly in the future due to the requirement to replace ageing Northrop F-5F trainers and the induction of frontline combat platforms including the Lockheed Martin F-35 Lightning II Joint Strike Fighter (JSF) aircraft and the proposed Korean Fighter Experimental (KFX) aircraft.
The RoKAF is scheduled to take delivery of the first of 40 on-order F-35 fighters from 2018, while the KFX, which is under development, is expected to enter service from around 2026.
janes
Publicado por Miragec14