Spain To Decrease Military Helicopter Types from 14 to 4 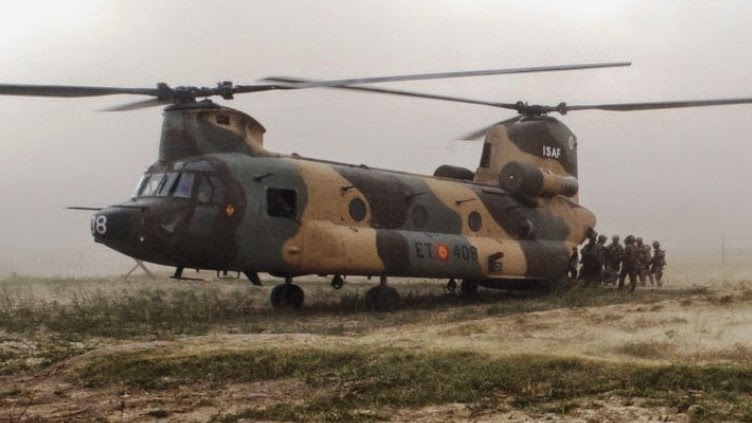 A new helicopter master plan drawn up by the Spanish Ministry of Defence (MdD) envisages the number of different models used by the services being reduced from the current 14 to four by 2040.
Three will be from Airbus Helicopters - the NH90, the H135 (formerly EC135), and the Tiger - while the fourth will be the Boeing Chinook, which will need to be upgraded.
One of the key elements will be the navy version of the NH90, for which the Armada is seeking two variants - one a maritime transport which is not yet available, plus another for anti-submarine operations.
The Hughes 500 is due to be stood down by the Armada from 2018, to be replaced by the H135, while the Sikorsky SH-3 Sea Kings will be modernised to keep them active until the arrival of the hoped-for transport replacement.
The current modernisation programme for the Agusta-Bell AB212 will enable these to keep flying until at least 2030 from the corvette-style Buque de Acción Marítima (BAMs), while the army version of the aircraft is due to be retired by 2017.
As for the army's attack helicopters, the plan says the programme to begin phasing out the MBB Bo-105 will start soon. Now the decision has been taken that the six HAP versions of its replacement, the Tiger, will not be upgraded to the HAD-E Spanish version, from around 2027 onwards the army's airmobile forces (FAMET) will operate just 18 of the latter.
In the case of the Chinook, the MdD's aim is to upgrade from the CH-47D to CH-47F versions, with a programme office being set up to handle the proposed purchase from the United States.
The training helicopters, the Airbus H120 and the Sikorsky S-76C, are due to be taken out of service from around 2027, with the replacement almost certain to be the H135. The recent reductions in the NH90 programme will also mean modernisation programmes will be needed for the army's Airbus Super Puma and Cougar.
janes
Publicado por Miragec14