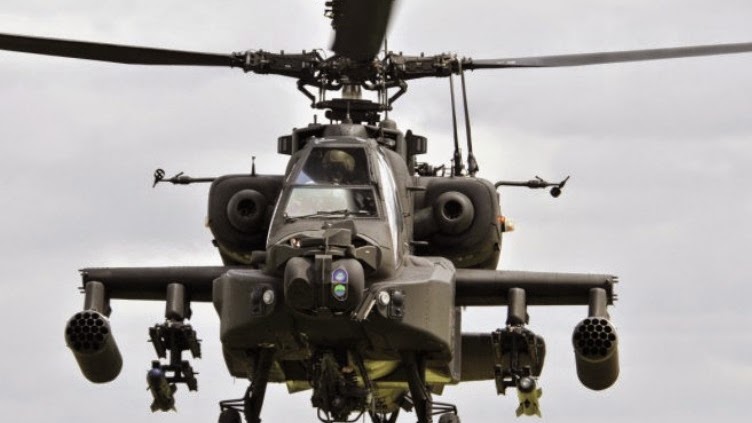 The UK has mothballed a quarter of its AgustaWestland-Boeing WAH-64 Apache Longbow AH.1 helicopters following the end of combat operations in Afghanistan.
In January, 16 of the British Army's 66 Apaches were placed into storage, leaving a force of 50 helicopters now operating out of Wattisham Airfield in Suffolk.
Currently, the Apache is fielded by 653 (operational conversion unit), 662, and 663 Squadrons of 3 (Attack) Regiment, and 656 and 664 Squadrons of 4 (Attack) Regiment.
The MoD is also assessing its options for maintaining the UK's attack helicopter capability out to 2040 and beyond.
In early March the MoD released a request for information (RfI) for remanufacturing the army's current AH-64D Block 1-standard helicopters into the latest variant AH-64E.
A decision on the way forward is expected in March 2016.
janes
Publicado por Miragec14