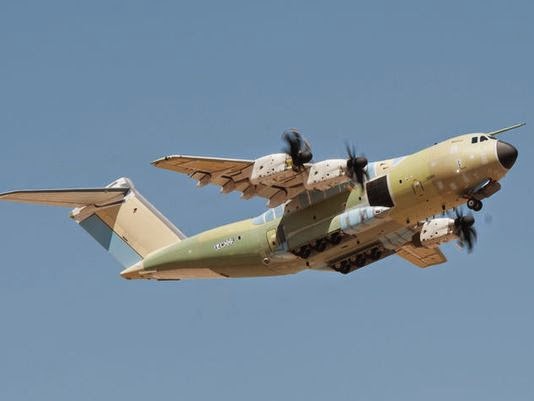 The deliveries of two A400M military transport aircraft for Turkey, scheduled for this year, are facing delays, that will result in penalties for Airbus in cash payment or free equipment and services.
It's not specified how long the delays are expected.
In 2003, Turkey signed a deal for a batch of 10 A400Ms, with final deliveries scheduled for 2018. Last year, two aircraft were delivered with two more to be received in 2015.
The delays in 2014 sparked a dispute between Airbus and the Turkish government. Turkey accused Airbus of failing in its delivery timetable, and Airbus accused Turkey for using delays for bargaining.
The latest A400M delivery to Turkey was formalized in December. Turkey's first A400M was delivered last April, following months-long controversy over whether the aircraft met technical specifications.
defensenews
Publicado por Miragec14