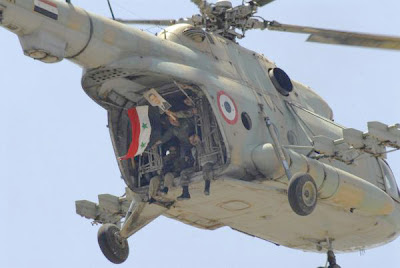 Turkey said its warplanes shot down a Syrian helicopter on Monday after it crossed into Turkish airspace and the government warned it had taken all necessary measures to defend itself against any further such violations.
Turkey scrambled two F-16 jets along the border between its southern Hatay province and Syria after warning the Mi-17 helicopter it was approaching Turkish airspace shortly before 2:30 p.m. (1130 GMT).
reuters
Publicado por Miragec14