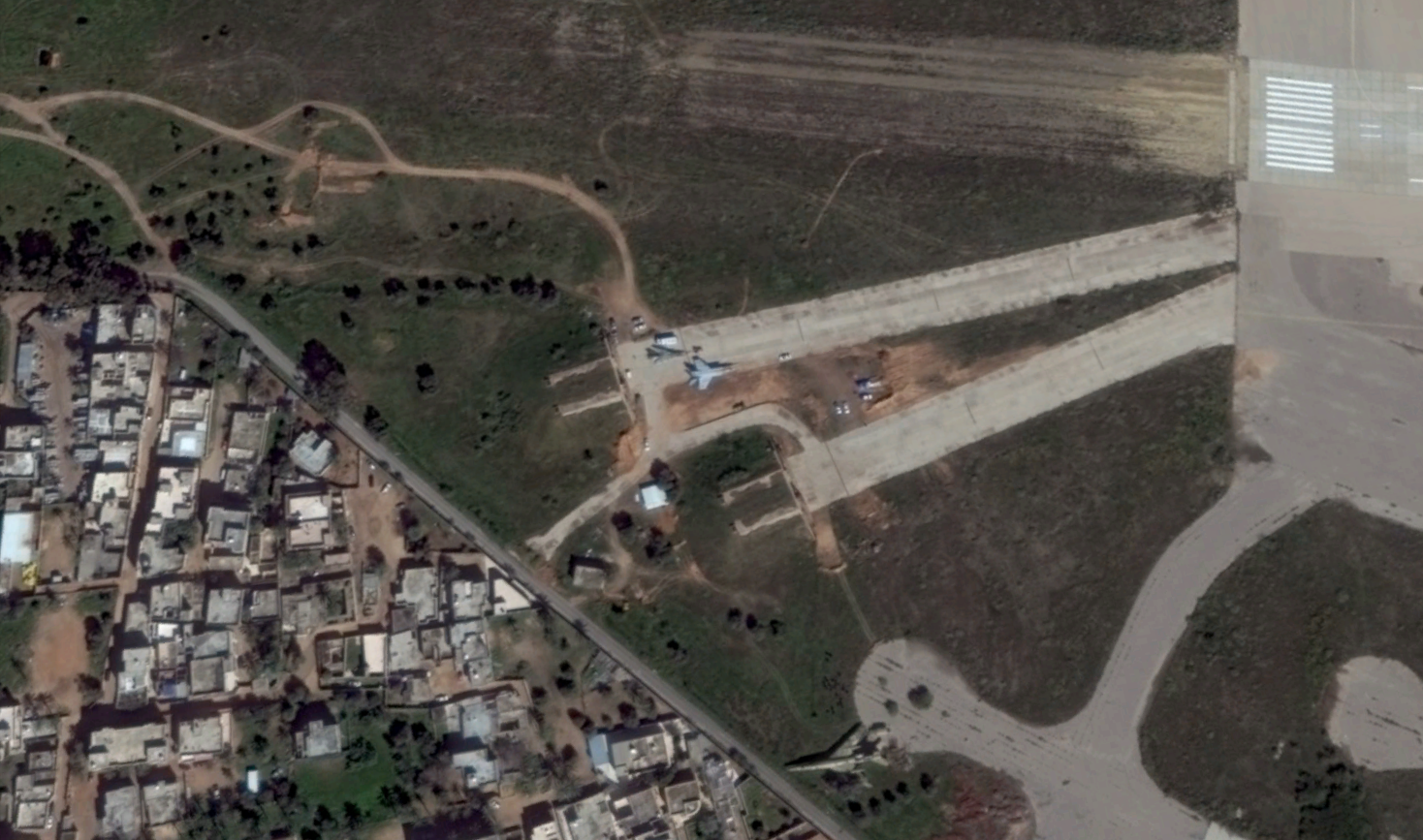 Satellite imagery of Misrata and Mitiga airbase confirm that Libya Dawn has recently gotten at least one MiG-25 operational, or is in the progress of making it operational. Libya Dawn is working on restoring one of Libya's Foxbats. This news comes just as it has been confirmed that the Libyan Air Force is now working on making at least one Mirage F.1AD fighter-bomber operational.
Libya Dawn, fighting for Libya's unrecognised parliament currently residing in the capital of Tripoli, is in terms of personnel and equipment the second-strongest force currently fighting in Libya. The most powerful force remains the Libyan National Army (LNA), fighting for Libya's internationally recognsed government residing in Tobruk.
Libya Dawn is in control of a vast amount of land in Libya, including Libya's capital Tripoli and large cities like Misrata and parts of Benghazi. It also controls Tripoli International Airport and strategically important airbases such as Mitiga, Misrata and al-Jufra, the last of these housing a large part of Libya's now decommissioned MiG-25 fleet and all of Libya's decommissioned Tu-22 bombers. Thanks to the aircraft and equipment found on these airbases, Libya Dawn succeeded in establishing their very own air force consisting of at least two Soko G-2 Galebs, one J-21 Jastreb, a couple of L-39s and two MiG-23MLDs in addition to several Il-76s, SF-260s and a small number of helicopters. Libya Dawn is currently also working on bringing one MiG-23UB and two Soko G-2 Galebs operational at Mitiga, with more airframes likely to follow.
One of the MiG-23MLDs operating out of Misrata was shot down by an Igla-S fired from a Strelets launcher while bombing the airstrip of al-Zintan on the 23th of March 2015, with its pilot KIA.
spioenkop
Publicado por Miragec14